Is ICU right for you? 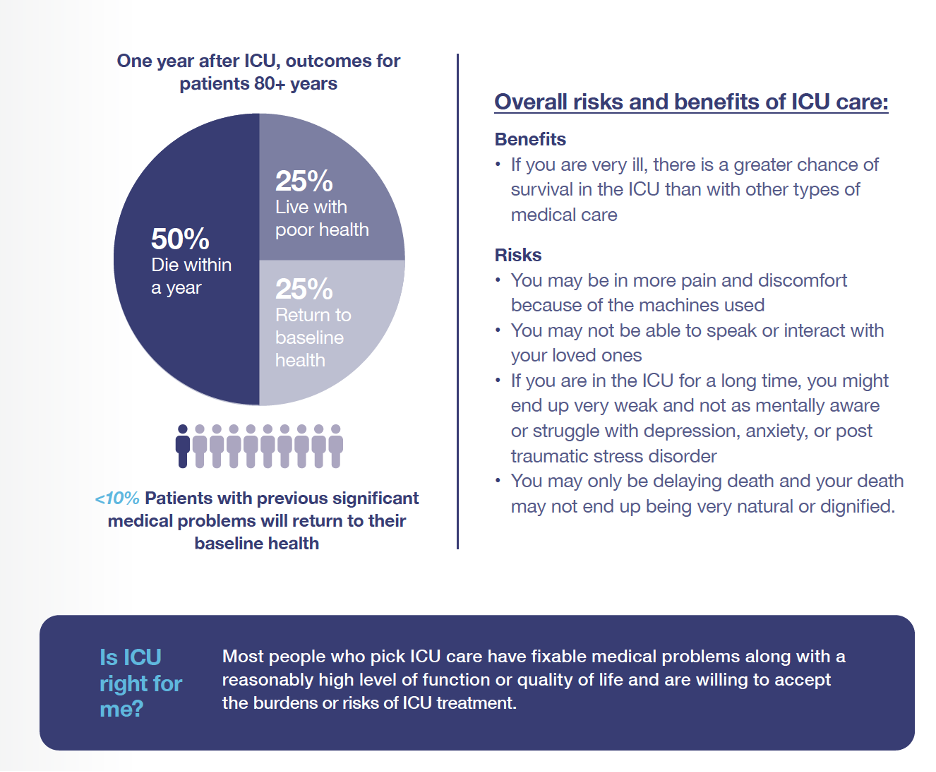 In June, I spoke with the  wife of an older man who has been suffering from COVID-19 infection about his wishes, to get a better idea of whether ongoing, prolonged Intensive Care Unit (ICU) treatment may be right for him. He had been admitted to the ICU back in May and remained on mechanical ventilation. Based on the information she had shared, I was trying to explore her thoughts on his values and preferences that might inform a decision about continuing mechanical ventilation or limiting ICU treatments in some way.

When I asked if they had ever discussed these matters before, she said, “Yes, my husband had clearly stated to me that he would never want to be kept alive on machines if he were just a vegetable.” I tried to explore the nature of the conversation or to see if there were any other values or preferences expressed. There were not any.

As such, I reflected on her answer and wondered where they came up with the notion that this statement would be useful to doctors in clinical decision-making? I realized that  traditional advance care planning arose out of public policy efforts to allow people the ‘right to die’ in a manner that was consistent with their values.

There were important, historical legal cases where people were being kept alive by machines in a ‘vegetative’ state and courts awarded people the right to say ‘no’ to aggressive treatments. Consequently, over the past several decades, language about people’s wishes to have life-supports or Cardio Pulmonary Resuscitation (CPR) when in these health states and them being worse than death became part of legal jargon and categorized in legal documents.

Many living wills include related statements such as ‘If I am in a persistent vegetative state, I do not want CPR” or “When there is no hope, I don’t want any heroics.” The general public then feel that when they have discussed such statements or reflected them in their legal documents, they have done their ‘advance care planning’ and are prepared for future medical decision-making.

I am sorry to say, but those individuals who think this are wrong. Such statements are not helpful. In fact, they can lead to medical error and increased distress on behalf of the family members who are called upon to make decisions on behalf of sick family members or loved ones.

Let’s come back to the scenario I introduced up above. The patient was 83 years old, had significant comorbidities, and according to the wife, had been declining significantly over the past year and was increasingly frail. He had already been immobilized, bed-ridden, mechanically ventilated and under fed for more than two weeks. He could still survive his COVID-19 infection but if he did, he would emerge from his critical illness weak, debilitated, and suffer physical, mental and psychological complications long-term.

My colleagues and I have conducted a large study where we carefully followed over 600 patients aged 80 or older for one year following their admission to Intensive Care, documenting their survival, quality of life, and functional status. We have shared snapshots of the data we gathered on Plan Well Guide to help people better understand what they can expect from ICU admission.

For many older patients, going through all that institutionalized care and ending up in such a debilitated state would not be worth it, especially if they were barely hanging on to their independence prior to their critical illness. The expression, “I would rather die with dignity and comfort than endure the pain of mechanical ventilation and the debilitation of a long-term ICU stay” is one I have heard often.

It is critical that people understand that the question of whether we should keep you alive on machines when you are in a vegetative state is not what is being asked. While it may be relevant for <1% of ICU patients that end up in a vegetative state, a much more common question is “Are you willing to put up with the risks of prolonged ICU stay?” or “Are you willing to undergo (or continue to undergo) ICU treatments knowing that you may suffer a significant reduction in your quality of life or functional status?”

For younger or healthier people, most of the time there is an unequivocal “Yes” to these questions. However, for people suffering with chronic, debilitating, life-limiting illnesses or those who may be older, most times the response to this is “No”. For those people in the middle, there is no common answer, and it depends on their risk tolerance and values.

So, you can see that in order to better prepare for serious illness, where the question of whether ICU might be right for you, requires more information, deliberation and documentation that is currently being done.

We’ve developed our decision-support tools on planwellguide.com to help people figure out if ICU is in fact right for them.

CBC, The Current with Matt Galloway 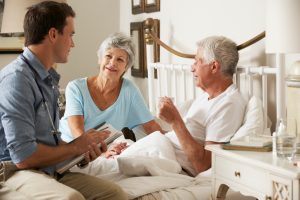 What is Hospice Care? 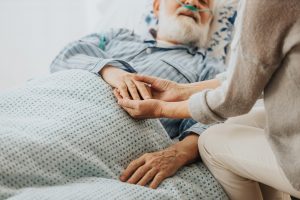 What is Palliative Care?

To live well, age well, and die well, you need to Plan Well ®